I would like to invite you to join this program which will held in Pune Maharashtra, India. 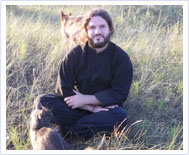 After becoming a Master in Oriental Philosophy specialized in Buddhism, Buddhist Master Maitreya founded in 2005 the Maitreya Buddhist University, which is an Analytical Existential Libertarian School dedicated to a cutting-edge teaching to students throughout Latin America and the rest of the world.

Considering the Buddhist Spirituality (Buddha-Dharma-Sangha) as an articulation of Psychology-Philosophy-Politics, Buddhist Master Maitreya has specialized in these fields, graduating in Social Psychologist, Psychoanalyst, Philosopher and Political Scientist, and being a professional member of international associations from each of these disciplines. He also has Doctorates and Master Degrees in Metaphysical Philosophy, Paranormal Psychology, Alternative Medicine, Esotericism, Transpersonal Therapy, Analytical Psychology and Eastern Psychology.

After devoting several years to the teaching of an articulation between Buddhism and Western Philosophy, by the end of 2007, Buddhist Master Maitreya publicly announced the creation of the Zen Psychoanalysis, which was successfully presented at international conferences and in trainings in psychoanalysis. In 2009 he taught the first Training in Buddhist Psychoanalysis, which was presented as a new revolutionary branch of Buddhism and especially adapted to the XXI century. After finishing his process of Awakening, he began writing his work on Reconciling Spirituality, which currently has more than 3000 pages, and it includes the development of other movements such as Buddhist Existentialism and Buddhist Socialism, thus complying with the necessary requirements for an advanced Buddhist Spirituality of a metapsychological, metaphilosophical and metapolitical nature (Buddha-Dharma-Sangha).

In 2011, Buddhist Master Maitreya left Buenos Aires, and he moved to the city of Necochea where he has created the Shangri-La Buddhist Temple and he establishes the Maitreya Buddhist University in a rural area, transmiting Meditation practices and cutting-edge teachings. At the end of 2012, he founds the World Association of Buddhism (WBA) and became its President, announcing the creation of a Seventh Council which is willing to update the Buddhist Spirituality. Thus, in January of 2013, within the framework of the World Association of Buddhism, Buddhist Master Maitreya announced the creation of a New Way of Buddhism under the name of Maitriyana: The Way of Reconciliation.

However, this form of Buddhist Spirituality differs from both the “Western Buddhism” and the “New Buddhism” because it transcends the distinctions between East and West and between the Ancient and the New. In fact, the Maitriyana is a Reconciling Spirituality which transcends and incorporates all the disciplines within one postmodern expression for the future of humanity. Paradoxically, the World Association of Buddhism has been very well welcomed, receiving acknowledgments and having headquarters in India.

But the excellence of this organization comes precisely from its constant activity, generating multiple projects according to its Purpose (Dharma). From here, Maitreya Buddhist University began to teach in English and started to establish educational covenants with institutions from around the world. Also, the World Association of Buddhism started dialogue projects with thinkers, scientists, artists and religious, such as Morin, Zizek, Barenboim, the Dalai Lama, Pope Francis I and Stephen Hawking. Furthermore, in order to avoid war in different countries, it was even established a successful communication with presidents such as Obama, Putin, Maduro and Bashar al-Assad. By such revolutionary activity in favour of peace, the Buddhist field has awarded to Buddhist Master Maitreya with the “Gautama Peace Prize”.

At the same time, the Maitriyana has also been very well accepted, so different spiritual distinctions have been presented to Buddhist Master Maitreya, such as a Dharmic Recognition from the Theravada, support that derived in the creation of the International Association of Maitriyana, being founded several Maitriyana temples in India. Moreover, the Maitriyana has presented several Peace Projects to countries such as Syria, India, Irak, Ukraine, Tibet, Burma and USA.

However, even with all these achievements, Buddhist Master Maitreya has never lost his passion for the knowledge and wisdom, reason why he continued developing revolutionary projects such as the presentation of the “First Council Mahayana-Theravada”, the model of “Purna Buddhism”, the theories about the “Future of Ch’an”, the framework of “Perennial Buddhism” and the “Buddhas Project”.

One of the last activities was to assume the presidency of the World Association of Buddhist Universities & Progressive Education (WABUPE), organization with a journal called “Journal of Evolution of Buddhist Spirituality”.

The fee for each course of two days is as follows:

Note: Fees will be exempted under income tax act 80G 1961 for Indian delegates.

All payments by Bank Draft, Cheques, or NEFT Transfer Payable to

Note: We will send a payment receipt by email within 48 hours.